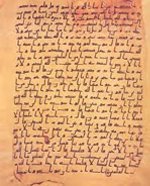 The life of the Prophet Muhammad (PBUH) and his companions is replete with examples of women who were social and religious leaders, advocates of women’s rights and education, military leaders, career and business women, as well as daughters, wives, and mothers. The Quran and statements of the Prophet Muhammad (PBUH) affirm the human rights of women, their role as participants in society, and their equality with men before God. Like their male counterparts, Muslim women have the right to work, obtain an education, and participate in government.

Prior to the advent of Islam in the 7th century, women in Mecca were systematically denied basic rights, including rights related to property, marriage, divorce, and inheritance. Islam decreed these rights and forbade various customs that had been common among the Arabs at the time of the Prophet Muhammad (PBUH), including female infanticide and practices that severely limited the mobility of women and their ability to exit marriage.

Islam exhorts all Muslims, male and female, to seek knowledge and pursue an education. At the time of the Prophet’s (PBUH) death, one of the most knowledgeable figures on Islam was his wife, Aisha. As has been the case throughout history, today, Muslim women play important roles as politicians, teachers, scientists, engineers, business women, doctors, and more. Today, Nobel Peace Prize winners Tawakel Karman and Ellen Johnson Sirleaf, who won the 2011 prize for their “non-violent struggle for the safety of women and for women’s rights to full participation in peace-building work”, and 2003 Prize winner Shirin Ebadi, who won for “her efforts for democracy and human rights…especially on the struggle for the rights of women and children,” serve as just a few examples of notable Muslim women who have exercised their God-given rights and yielded positive changes in society.

Aisha bint Abu Bakr, wife of the Prophet Muhammad (PBUH), is known for her extensive knowledge in medicine, poetry, Arab literature, history, geneaology, and knowledge of the Quran and Islamic jurisprudence. Highly intelligent and widely respected as a voice of authority in Islamic law and hadith (statements of the Prophet Muhammad), Aisha is credited with the transmission of thousands of hadith which are relied upon for derivation of Islamic principles and laws. The Prophet (PBUH) indicated that Muslims should take half of their faith from her teachings.

After the death of the Prophet (PBUH), Aisha rose as a social and religious leader for the Muslim community. She later became an Islamic advisor and teacher in her community for many years for both male and female students, many of whom became significant authorities in Islamic law. Her influence in jurisprudence extends to several of the Sunni schools of thought. Today, Aisha is one of the most revered figures in Islamic history.

Nana Asma’u was the daughter of the founder of the Sokoto Caliphate in northern Africa, Usman dan Fodio. Highly educated and esteemed as a leading scholar of Nigeria in the early to mid 1800s, Asma’u exercised her influence over politics, acting as an advisor to Caliphs and engaging in debates with princes, governors, and scholars. Asma’u also became a pioneer in women’s education,  founding a group of female teachers in 1830 who traveled across the Sokoto Caliphate, training and educating women living in both poor and wealthy regions. Fluent in Arabic, Fulfulde, Hausa and Tamacheq, and well-versed in Latin, Greek and Arabic classics, Asma’u herself produced extensive poetry, which was later used to teach others. Today, many organizations in Nigeria, such as schools and meeting halls, are named in Asma’u’s honor.

A religious and political activist from Egypt, Zaynab Al-Ghazali founded the Muslim Women’s Association (MWA) at the age of eighteen with the mission of inspiring a religious revival within Muslim women. Prior to forming the MWA, Al-Ghazali had joined the Egyptian Feminist Union, but exited when she came to the conclusion that, “Islam gave women rights in the family granted by no other society.” Al-Ghazali believed firmly that Islam enabled women’s empowerment and secured women’s participation in society.  She lectured regularly to crowds of 3,000 to 5,000 women and wrote extensively, publishing books as well as articles in Islamic magazines and journals. Al-Ghazali’s MWA, besides offering classes for women, also ran an orphanage, provided assistance to needy families, published a magazine, and held the political position that the government of Egypt ought to be directed by the rulings in the Quran.  Al-Ghazali was imprisoned and subject to hard labor for her beliefs for six years. During that time, she experienced extensive torture, which she discussed in her book “Ayyam min hayyati”, titled “Return of the Pharaoh” in English.

Karman is the co-recipient of the 2011 Nobel Peace Prize and the first Arab and Yemeni for her leadership during the 2011 Yemeni uprising. She is the second Muslim woman to win a Nobel Prize, and is the youngest Nobel Peace Laureate to date. She is known in Yemen as the “Mother of the Revolution” and the “Iron Woman” for her work as a journalist, politician, and high-ranking member of the Al-Islah party, and human rights activist. In 2005, Karman began to lead protests for press freedom after gaining prominence as a journalist and advocate for a mobile news service that was denied a license in 2007. After years of organizing and protest, Karman redirected the protests to join the Arab Spring, or what she calls, the “Jasmine Revolution.” Her work helped lead to the ousting of former Yemeni President Ali Abdullah Saleh in February of 2012.