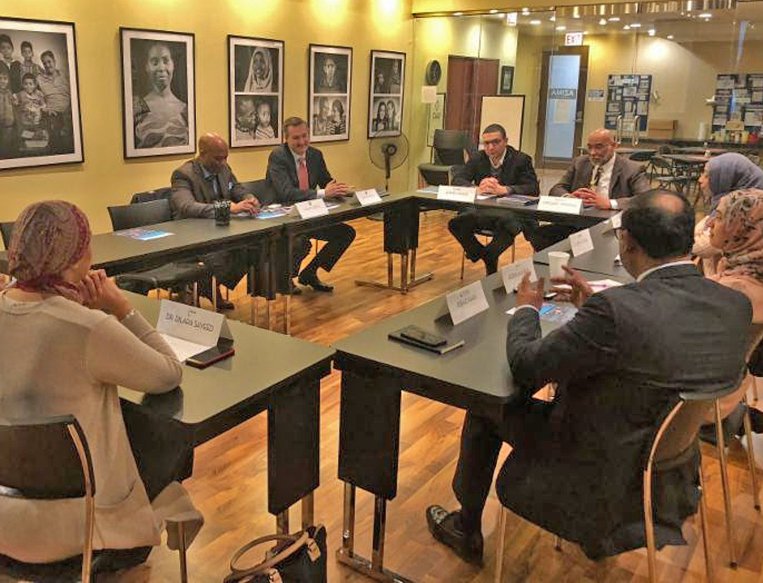 Our initial meeting with Cubs management, which included Chicago Cubs Executive Chairman, Tom Ricketts, was a frank and open discussion of Islamophobia, its impact, and the harm Islamophobia acts create.

Mr. Ricketts extended his apology for the harm caused by the emails, and, in turn, we provided the Cubs management and him with an overview of the Muslim community in the United States, with a focus on our local community.

There was a fruitful discussion of possible initiatives to address this problem, such as PSAs, anti-bullying efforts, diversity training or needy scholarships. In the context of the ideas exchanged and insights provided during this one and half hour meeting, Mr. Ricketts gave a verbal commitment of the Cubs organization to work with us to combat Islamophobia, hate, and bigotry.

As evidenced in today’s joint statement, the Cubs organization has committed to work with us to fight Islamophobia. We are encouraged by the candor of the Cubs organization and anticipate that further discussions in the coming weeks, to identify the appropriate initiatives and to develop a timeline for implementation, will prove successful.

We look forward to working with the Cubs organization in our ongoing efforts to eradicate Islamophobia.