Our mission is to be the unifying federation of Islamic organizations of greater Chicagoland, the leading advocate of Muslim community interests and a catalyst for enriching American society. 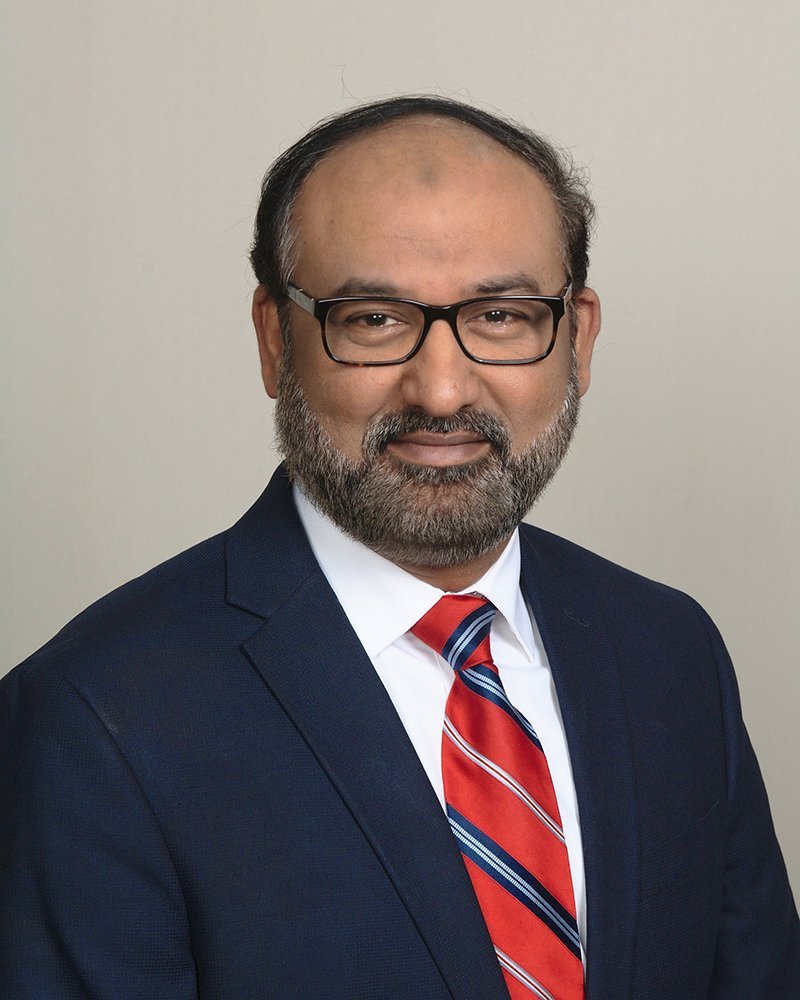 Irshad Khan has served as President of Islamic Foundation North and has been a CIOGC Board Member since 2016. He has worked on different CIOGC committees including Civic Engagement, Interfaith, Zakat, Annual Dinner, Pillars, Action Network C4 (General Secretary), and served as Chair of Illinois Muslim Action Day (IMAD). In addition, he is a School Board member for District 24 and past Chairman of IHOPE (International Haven of Practical Education) and serves as a Board Member for Advocate Health Hospital Committee. Professionally, He is Vice President of Engineering & Strategy Deployment at a Private Equity company in Evanston, Illinois and is managing a portfolio net worth of over $1 billion. Irshad Khan is married to wife Asma Khan and they have four kids, two boys, and two girls.

His vision for CIOGC is to address the growing needs of the Chicago Muslim community, with a focus to rebrand CIOGC with short- and long-term strategic plans, access current programs, and amplify programs which address the needs of the Muslim community. He wishes to collaborate with partners to build strong relationships and work together as one voice for the betterment of our children’s future, and community at large. CIOGC, as an umbrella organization has HR members which are our the biggest assets. When utilized, these resources and their strengths can build, mobilize, and amplify core values to bring justice, equity, peace, and harmony. 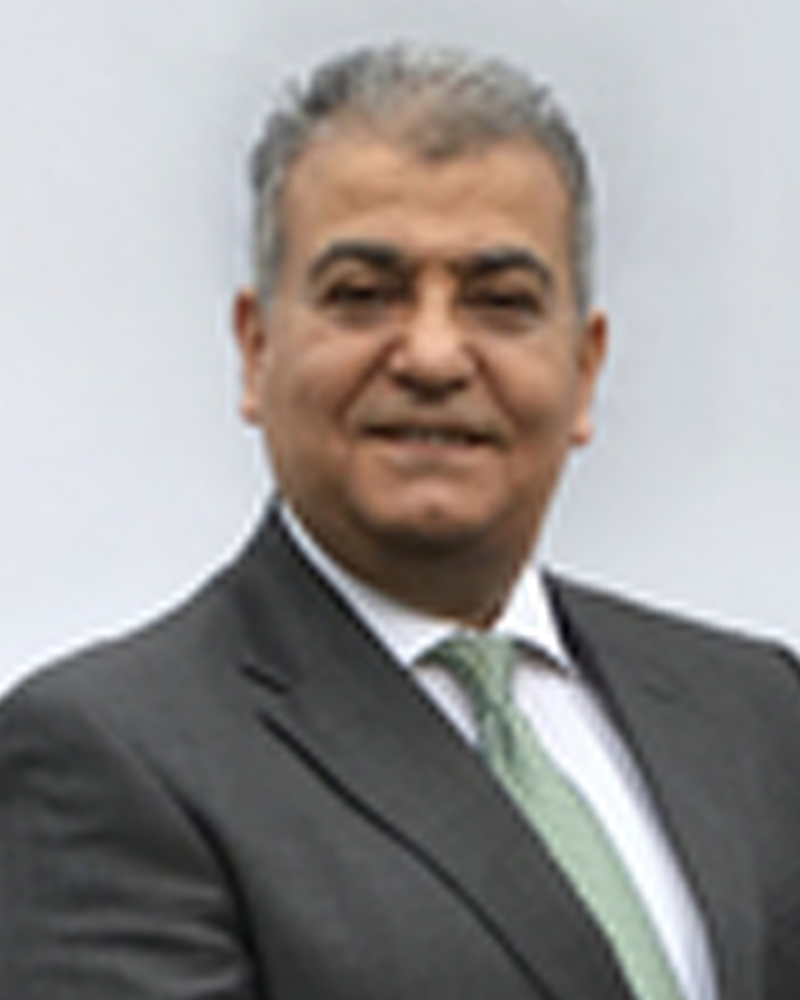 Abraham Antar has been an active volunteer with many Islamic organizations for over 30 years. He is one of the founders of the Islamic Center of Wheaton (ICW), a member of its board, and severed as President in 2016. He is also an active member of the Islamic Center of Naperville (ICN), and a volunteer with a number of Islamic organizations, such as Right Start, ICNA Relief Chicago, MAS, and Medina Community. Br. Antar is a working professional as a business consultant and a senior project manager for some of the major banks and financial institutions in Chicagoland area including Bank of America, Chase, Merrill Lynch Capital, and BMO. He has over 20 years of experience in finance, investment, real estate, and banking systems and application. He is also a business owner and the Managing Broker of Antar Realty LLC since 2015. 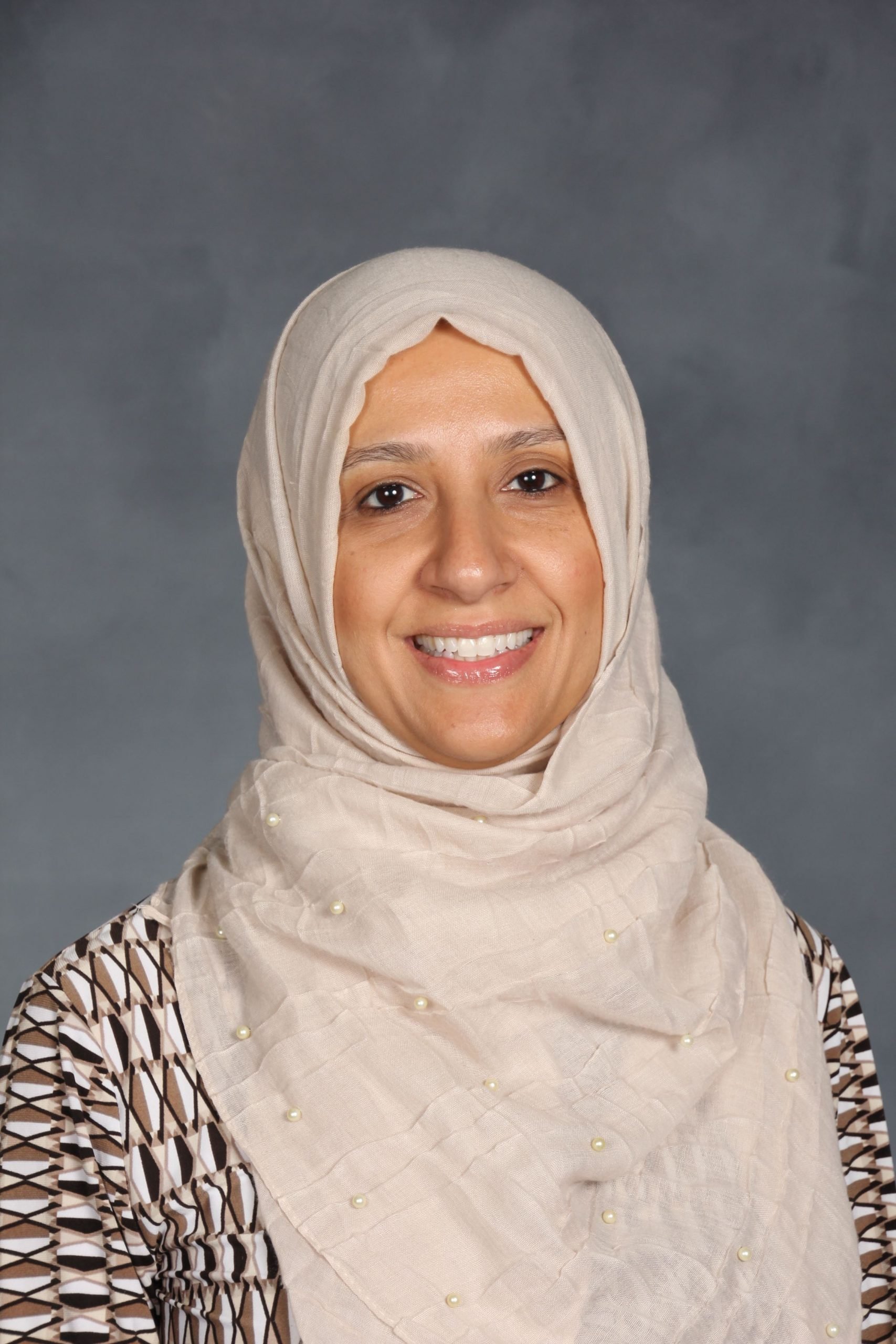 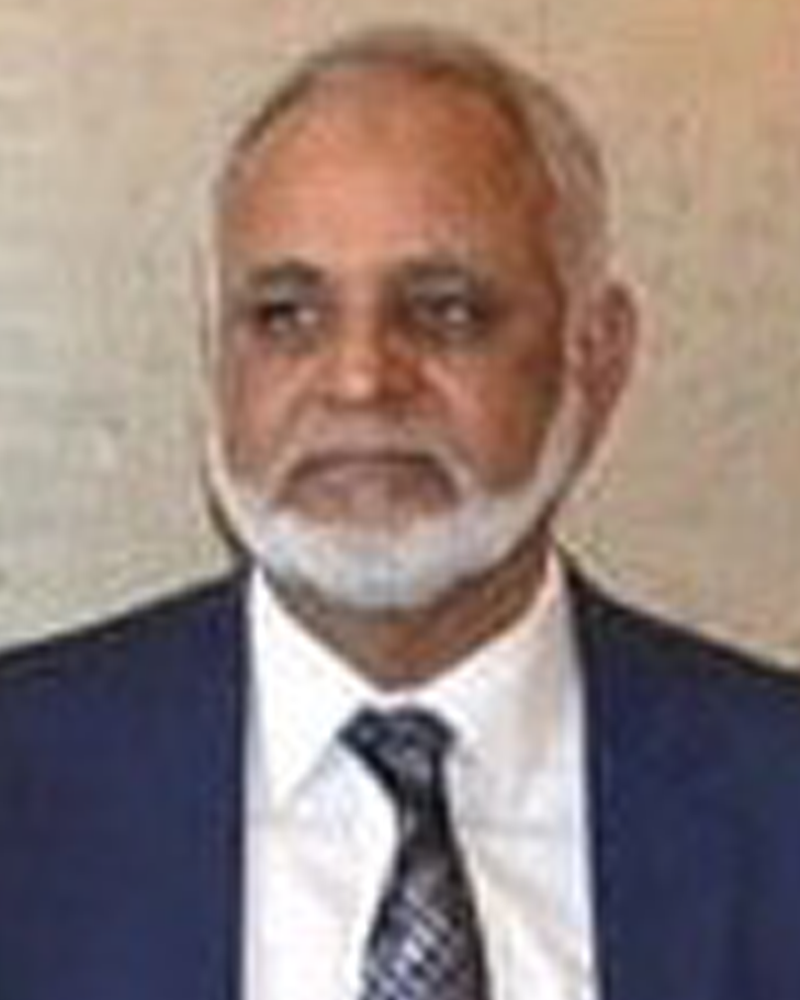 Dr. Mohammad Sarwar Nasir has served as the President of Muslim Community Center, one of Chicagoland’s oldest Muslim centers which now has three locations, Chicago (MCC), Morton Grove (MEC) and Skokie (MCCA). He is currently at the MCC board as Ex-Officio as well as Chair of the MCC Academy Council. He is the new Treasurer of CIOGC and has been on the CIOGC House of representatives for four years.

By profession, Dr. Nasir is a Scientist with a Ph.D. in Chemistry from University at Albany, New York. After his postdoctoral work at the Johns Hopkins University, Dr. Nasir first joined as Research Assistant professor at Evanston Hospital/Northwestern University, and then as Principal Scientist at a Biotech Company (Diachemix Corporation). Dr. Nasir currently works as Senior Public Service Administrator at Illinois Department of Public Health, Division of Laboratories. He is the manager of Chicago Laboratories.

Dr. Nasir has served as Board of Directors at Prairie Crossing Charter School. He is currently on the Advisory Council of ICNA Relief, Chicago. He is also running a high school in Lahore, Pakistan (Al-Baseerat High School). Dr. Nasir is married with his wife, Nasreen Nasir, and has three children (2 boys and a girl). 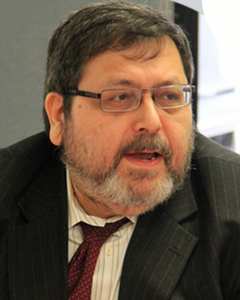 Dr. Bassam Osman, is a is a co-founder of CIOGC. He has served as the Chair of the CIOGC including its By-Laws and Membership Committees. He has intimately worked with several CIOGC member organizations, such as Mosque Foundation, The Mecca Center, and Universal School. His work with CIOGC and its member organizations for over 20 years offers priceless insight and experience in his new role as Chair of CIOGC. In addition to his work with CIOGC, Dr. Osman is also Chair of Allied Assets Advisors, President of Sana Financial and a member of ISNA Shura. He is a former Chairman of the North American Islamic Trust (NAIT) and President of the Dow Jones Islamic Index Fund. Dr. Osman is a neurologist by profession, has taught at the University of Illinois School of Medicine and Cook County Graduate Medical School and is currently Chief of Neurology at Mercy Hospital. 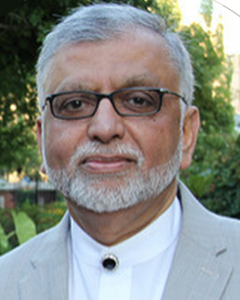 Syed Shahnawaz Khan is one of the founders of CIOGC and of the Downtown Islamic Center (DIC). He currently serves as the DIC board member. He has served on the boards of Muslim Community Center (MCC) and The Mecca Center and been a fixture for the Muslim community, devoting more than 30 years to serving Muslims across the Chicagoland area. Over the years, he has been appointed to the Council’s board as Secretary and Board of Directors. Br. Khan acquired a Master’s Degree in mechanical engineering from the University of Illinois. He is a retired Engineer in the Nuclear field.

Dr. Eldeirawi is an active community member dedicated to improving the lives and well-being of communities he is engaged with. He has served on the Mosque Foundation’s Board of Directors and was the past Chair of the Education Committee. Dr. Eldeirawi has made significant contributions to the educational activities provided by the Mosque Foundation and its weekend Al-Siddiq School ensuring that children and adolescents receive high quality education and training to become active citizens in their communities. Dr. Eldeirawi has been actively involved with the Tarbiyah program of the Muslim American Society (MAS) for the last several years. He acquired his PhD in Public Health, at University of Illinois at Chicago and is an associate professor by profession.

Sahira Sadiq has had the honor of serving multiple nonprofits in her 35 years of community work. Respected as a credible voice who offers both traditional and innovative solutions, she has earned a seat at the table wherever she has served.

She has served as part of the Board of the Oak Brook School District 53 Leadership Team, Illinois Governor’s Muslim Advisory Council, Islamic Foundation Board of Trustees (2009-2018 – serving last in the capacity of Weekend School Chairwoman), DuPage United Leader, CIOGC HR since 2008, twice on the CIOGC Executive Board, and strives to learn, contribute, and lead in all responsibilities entrusted to her to the best of her ability.

Due to her professional experience, she intuitively sees the threads of opportunity that wind through across departments/organizations and brings them together into a coherent whole, helps others extend their thinking, and drives focus to goals.  Her vision for CIOGC through this term is to help re-evaluate the evolving needs of member organizations and form stronger, empowered committees filled with stakeholders who can strive to meet the challenges of the greater Chicagoland Muslim community. 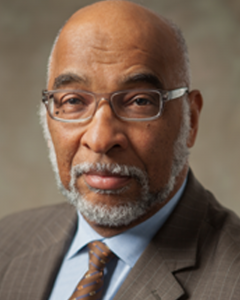 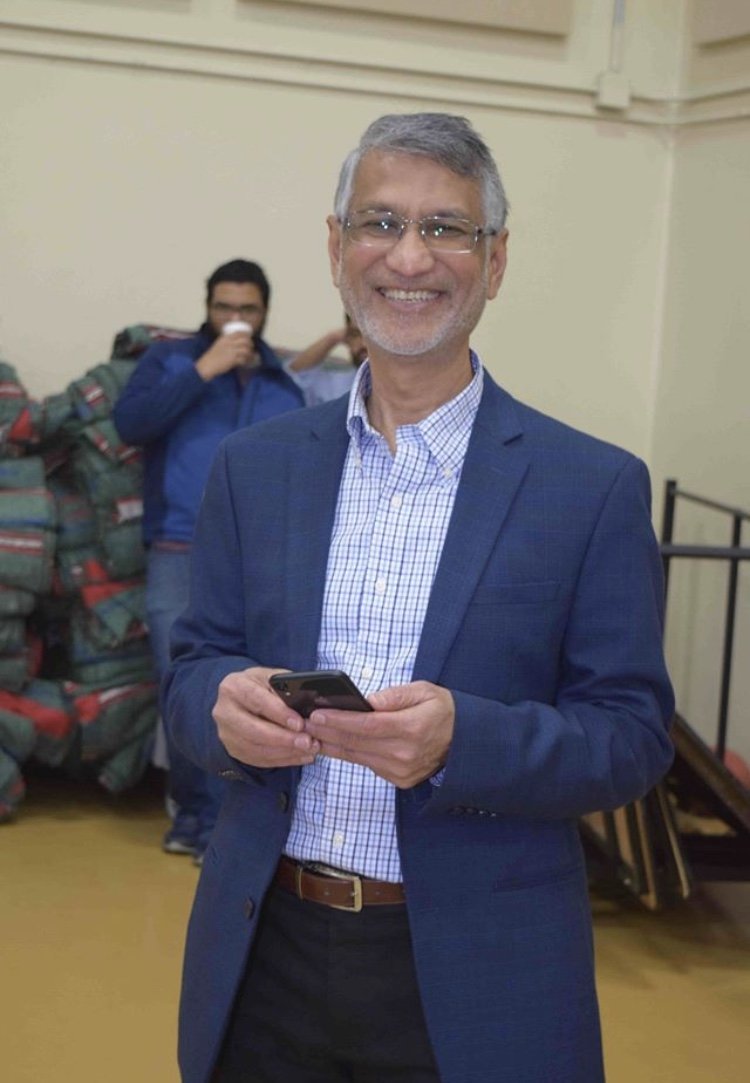 Maqsood Quadri, a former hydrogeologist of 30+ years, brings all of his professional management experience to CIOGC since the Fall of 2018. 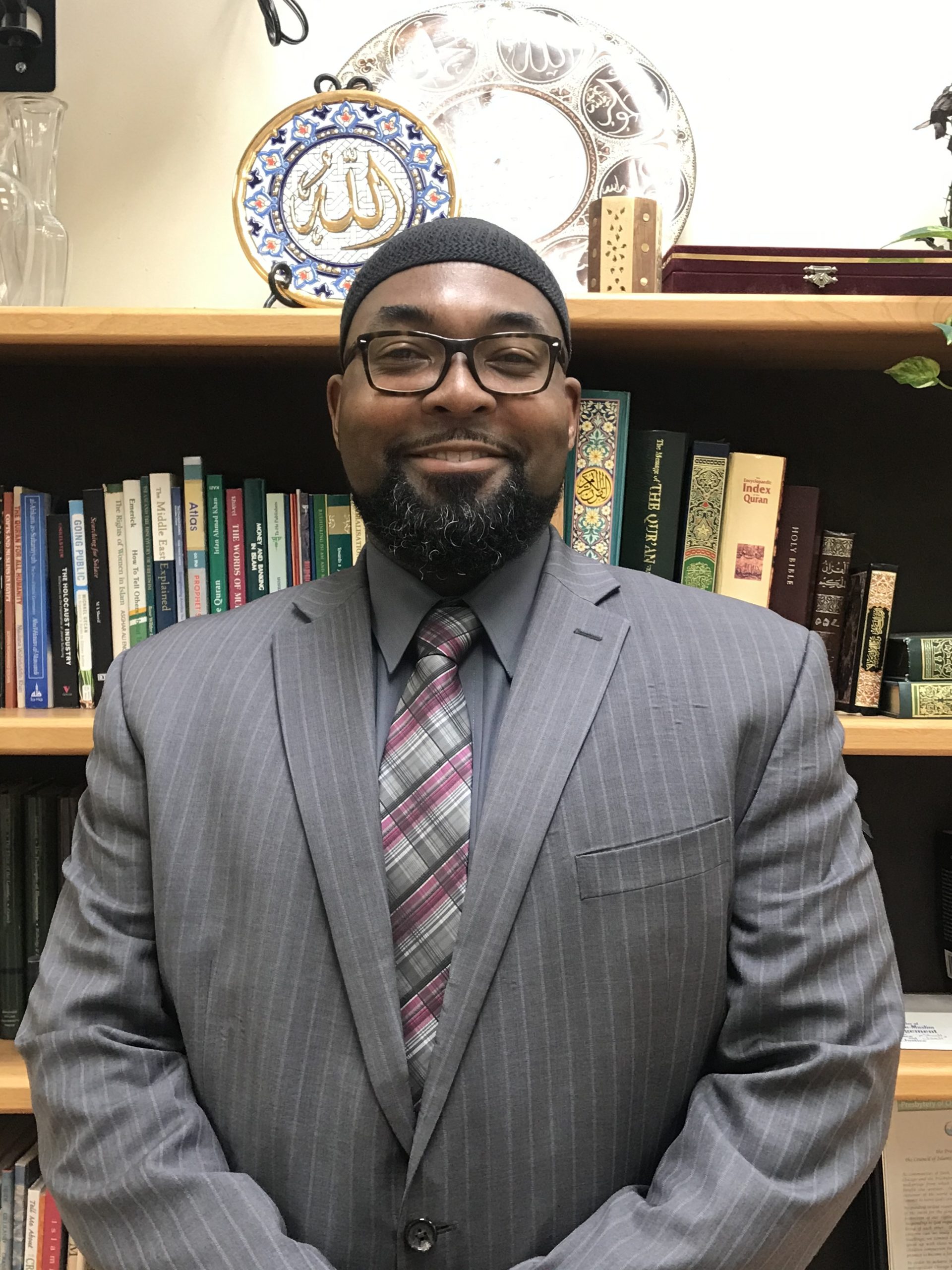 Imam Tariq I. El-Amin is a representative of the community of Imam Warith Deen Mohammed and is a leader in Chicago’s Muslim community serving as Masjid Al-Taqwa’s Resident Imam. He was elected to CIOGC’s board as a Member At Large in 2019. His faith bedrocks his social justice activism, interfaith coalition building, and championing of human rights. He serves as host and producer of the nation’s only daily Muslim English language Talk-Radio program, Radio Islam– broadcasting on WCEV 1450AM. As part of his dedicated work as a native Chicagoan, Imam El-Amin serves on several Chicago-area boards, including the boards of The Society of United Neighbors and the Abolition Institute. 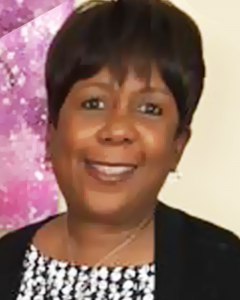 Rita Sutton joined CIOGC in 2006 after taking her shahada and being introduced to CIOGC by friends. She loves all faith communities and has a special place in her heart for the CIOGC community. Rita is an avid reader and loves to cuddle up with a good book.

Iqra Azhar is a former print journalist turned digital marketer and entrepreneur. Founder of a digital marketing agency and muslim women entrepreneur’s collective, she remembers her youth editing The Message and doing pro bono graphic design work for MCC Youth and other nonprofit orgs. She now brings her branding expertise, creative direction, and social media strategies to the communication department at CIOGC.

Whoops, you're not connected to Mailchimp. You need to enter a valid Mailchimp API key.